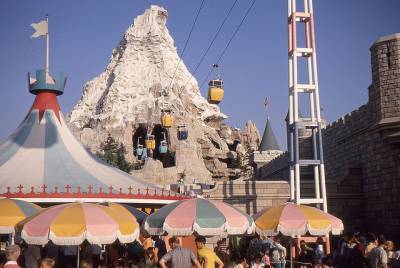 I've spent the last week on the road, touring the Gulf South. These were lazy days filled with food, drink, oceans, and rain. With a dog that is frankly too large for sane people to travel with, we meandered back roads and enjoyed every second of it.

But then there's the reentry. It's a bit like riding one of those amusement park gondolas--your personal escape pod slowly ferrying you high above all of the crazy below--only to have the bottom drop out... One morning you're in New Orleans drinking the best coffee you've ever had, and the next you're praying there's any coffee in the house so you can face all of those things you know are lurking beyond your bed. The post-vacation piles of laundry, the empty refrigerator, and all of that damn email.

No matter how well prepared I think I am, those first few days back in reality are always madness. So here's a little chaos-inspired writing prompt for you:

Chaos Follows. Write a set of short scenes in which confusion or chaos follows a character, as if in his wake. The character does not cause this, knowingly or unknowingly, but disorder nearly always happens after he has left a room, an intersection, or an elevator. This should not be magic. Imagine an exotic wake, but try to make these effects and aftereffects grow naturally out of the character you're describing. 400 words

Randolph Lundine is a manuscript consulting service dedicated to offering writers of all levels professional, insightful guidance on their writing projects.

No comments made yet. Be the first to submit a comment

By accepting you will be accessing a service provided by a third-party external to https://randolphlundine.com/