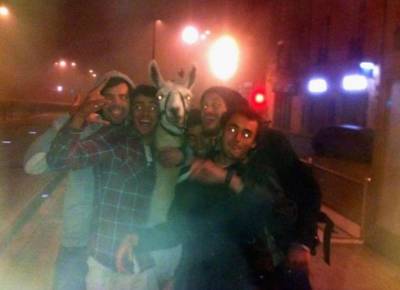 Today's writing prompt is our 50th, which I decided justified a bit of a repeat. We've written before about the newspaper (yes, I'm that much of a luddite--I still like my news to be paper-y) as a source for inspiration, regardless of your writing style or genre. I was reminded of this yesterday as I read about intrigue and bad behavior in the world of chess that includes  "a former world chess champion, now a Russian opposition leader; a former president of an obscure Russian republic who believes that he was abducted by extraterrestrials in yellow suits who invented the game of chess; and an ex-fashion photographer turned chess official." It just doesn't get better than that.

Here are five stories (in their non-paper format) to get your creative juices flowing, but I'm sure your morning paper has at least one more: