Writing prompts, news, information, and resources to help expand your writing community, hone your writing habits, and to waste time in a way that feels like you're working on your writing. 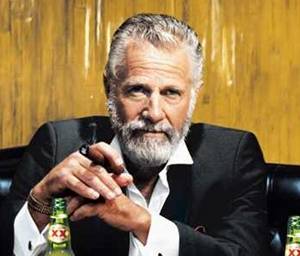 This week's writing prompt comes from Amy Peters who offers some perspective for those of you faced with shady characters. The issue of a character's likability has a vicious cycle, as the latest Claire Messud kerfuffle reveals. While it may impact a novel's reception, likability also becomes an issue for nonfiction writers. I've been told by several writers of serious nonfiction that they turned away from projects because they discovered they really didn't like their subject. Peters suggests here that often it's these unlikable characteristics that make your subject most interesting:

The most interesting person that I have ever met...

Often, the most interesting person you know may not be someone you like or even respect. No one knows this better than Robert Caro, award-winning biographer of both Robert Moses and Lyndon Johnson. Caro was drawn to the stories of powerful men. In his words, he felt compelled to expose their less-than-ideal sides: "To show power truly you not only have to show how it is used but also its effect on those on whom it is used. You have to show the effect of power on the powerless."

For this prompt, see if you can discern the difference between someone you admire and someone truly interesting. You might find these two features overlap. Or, you might discover that the most interesting fact about the person you have a high regard for is his or her less less-than-admirable qualitites.

Randolph Lundine is a manuscript consulting service dedicated to offering writers of all levels professional, insightful guidance on their writing projects.

No comments made yet. Be the first to submit a comment

By accepting you will be accessing a service provided by a third-party external to https://randolphlundine.com/